well, first thing first. I woke up and had breakfast with my dad at the mall. why? because today is report card day! OMG! anyway, my mom took the report card so, yeah. Then, i cut my nails! see dad, i barely HAVE my fingernails! looking good and neat just like you want.
then, i though on having manicure since i'm having my period. for some reason, i checked out my well, mail. so-called mail. it's actually spams of the day! 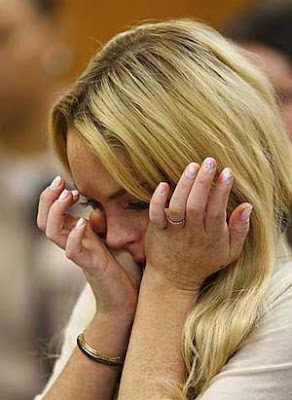 she was jailed for less than 24 hours after Lindsay Lohan was sentenced to 90 days in jail and 90 days in rehab for violating probation on two DUIs, the talk isn't about her troubles, but about her fingernails! then, she took to her Twitter account to clarify the purpose of the defiant digits.
"It had nothing to do in the court," Lohan wrote. "It's an airbrush design from a stencil." 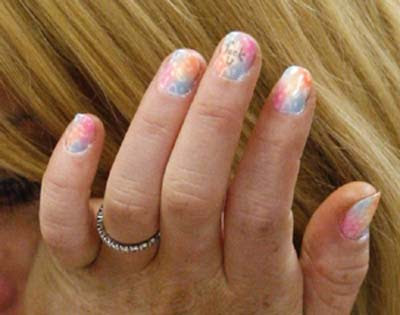 Besides the 'Fuck U' blurred written expression on her hands is nothing new, though. Lohan also has a tattoo on her right index finger that reads "Shhh..."
in my opinion: She's artistic. She's cool. Kids like me are going to get inspired by her F word! :D
in case you don't realize, i hardly or -hate getting my hands sweaty (lotions) or like, having colors on it (manicure) why? just because i want my hands to be handy!
Posted by ★Jasmine at 11:47 PM

Hi..Happy weekend to you too..

Nice nail polish design. She really is an artist by nature. lol.

Nail polish design is nice. so lovely and artistic.