I received a mail from my dad (yay!) about the fake eggs made from China. Kids in all around Asia were dying to eat sweets and snacks but despite of all the fake melamine sweets and snacks, tainted babies milk powders, scandals originate from China, kids don't get their parents' faith to do so.

Here's come the next generation of FAKE EGGS!!!
(another most made money stuff in China)
woo hoo~
BEHOLD! 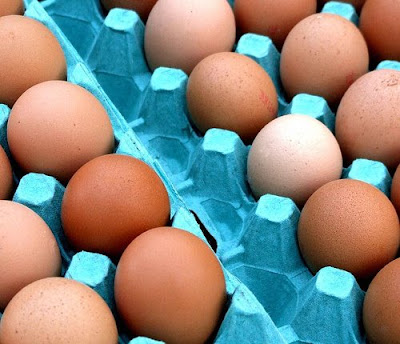 Beware you guys and girls!

During a recent raid on a wholesale centre in Guangzhou city, the capital of China 's Guangdong province, a large quantity of fake eggs was seized.


Consumers have a hard time telling a genuine egg from a fake one. The article includes a photograph supposedly showing one of the fake eggs along side a real egg. However, there is no way of telling from the photograph if one of the eggs is fake or not. 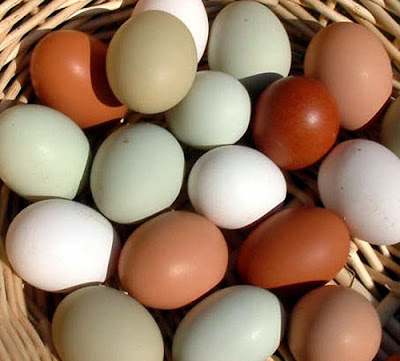 Those who have tasted it say, the fake stuff tastes very much like the real thing, even tastier than the real one!

Ingrediants;
which is harmful and actually, simply easy to find.

+ To make the egg white, various ingredients, including a powder and alum, are mixed together.

+ The 'yolk' is shaped in the round mould. 'Magic water' containing calcium chloride is used.

+ Hardy shells are formed by pouring paraffin wax and a liquid onto the egg, which are then left to dry. 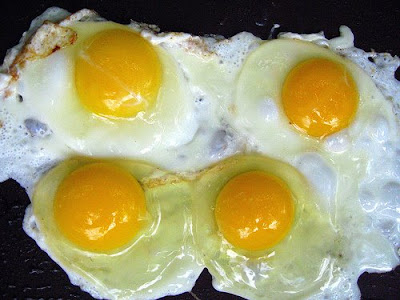 And experts warn of the danger of eating fake eggs. Not only do they not contain any nutrients, a Hong Kong Chinese University professor warned that long-term consumption of alum could cause dementia. And aluminum has been linked to Alzheimer's disease.

Examination revealed that the fake egg was made from calcium carbonate, starch, resin, gelatin and other chemical products.


I mean c'mon guys!! You're not going to eat these stuffs right? RIGHT??!
So, it's recommended to READ THE LABEL (TWICE) before buying!
Posted by ★Jasmine at 5:28 PM

This is very dangerous. Thanx for sharing this info

ya sometimes when you hear produce from China, it can really scare the hell out of you. Tainted products are rampangt,i hope China will clean up her acts,and let us feel proud to be Chinese.

hey! this is scary! are they marketed as real eggs????

there is no way of telling from one of the eggs is fake or not.

Hello ladies!
I also recommend not cooking on aluminum cookwares.

wtf! even eggs can be faked?!! thanks for sharing this, jasmine. will twit to let others know of this. scary :s

Makes me fear buying stuff made in China! Why isn't this fed to the media? (At least here in the Phils.)

Thanks Jasmine for the helpful info!

remember, READ THE LABEL (TWICE) before buying! they want to make a lot of money by using all this fake stuff, so it's getting very very dangerous! buyers beware!