Various forms of chocolate are created by combining pure chocolate liquor with its components cocoa butter and cocoa powder, plus other ingredients of sugar, milk or cream in various proportions. Under FDA standards, the following are defined: 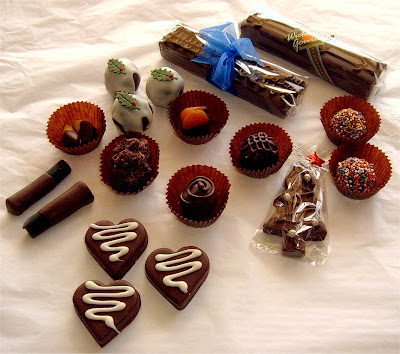 dropping by to say hi. Nice purple layout its really cool to the eyes. :)

wow.. can i have one chocolate? i lose some weight of not eating chocolate for few months... hope someday if i am healthy i can eat bunch of bunch of chocolate. You need my add for chocolate delivery? hehehe

have a nice day ahead. its me darlyn of http://darlyngemwords.blogspot.com