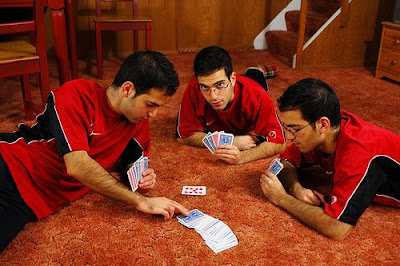 If you've ever had the sneaking suspicion someone was lying to you, you're instincts may well have been right.

Scientist at Hokkaido University in Japan took pictures of people playing "prisoners" dilemma" a game in which you either coorperate with a partner to share a prize to try to cheat them out of the reward. When these pictures were later shown to subjects in another experiment, they were more likely to remember the faces of cheats if they saw them a second time- suggesting we have a subconscious ability to detect a dishonest face.
Posted by ★Jasmine at 12:25 PM

about the cheating one hor...haha...i also can remember those who chaet me well....^^