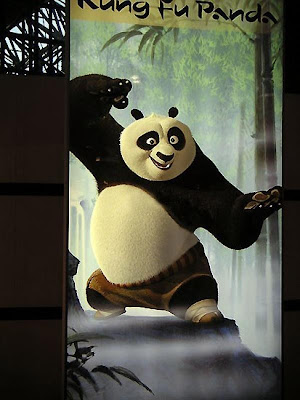 Movie Plot: The lazy and irreverent panda, Po (voiced by Jack Black), must somehow become a kungfu master in order to save the Valley of Peace from a villainous snow leopard, Tai Lung. Set in the legendary world of ancient China, this is the story of Po, our unlikely hero, who enters the rigid world of kungfu and turns it upside down. Po ultimately becomes a hero by learning that if he believes in himself, he can do anything. This story receive positive responses. 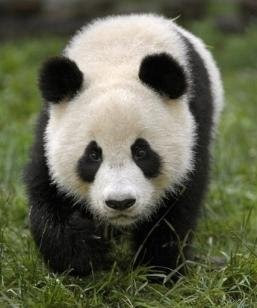 The lives of about 1,400 wild pandas in quake-hit areas of Sichuan province are in jeopardy, and some may have already died, according to State Forestry Administration officials.

"Massive landslides and large scale damage to forests triggered by last month's earthquake are threatening the existence of wild pandas," said Yan Xun, an engineer for the forestry agency.

"Caves and tree hollows where giant pandas live may be damaged, water in the habitat is polluted, and some of the bamboo is buried or smashed.

"Their living environment is completely destroyed," he told a briefing on Thursday in Beijing according to a transcript.

The fate of the pandas has been a cause of concern following the devastating May 12 quake, which cut off access to large swathes of mountainous areas, including China's largest panda breeding centre in Wolong.

A giant panda from the Wolong reserve was found dead and another is still missing after the earthquake, the forestry agency said.

The 1,400 wild pandas in the quake-hit regions represent about 88 percent of the country's total of wild pandas. Sichuan is their main home, with others living in nearby provinces.

A total of 239 giant pandas live in captivity.

But officials said the extent of the damage could be even worse because landslides have blocked roads, preventing officials from assessing some areas.

Chen Linqiang, deputy director of the China Conservation and Research Centre for the Giant Panda in Wolong, said 14 giant pandas were transferred out of the area to safety.

These include eight that are being exhibited in Beijing during the Olympics, and two that will be sent to Taiwan.

The Switzerland based International Union for Conservation of Nature has put the bamboo-eating panda on its "red list" of threatened species.
Posted by ★Jasmine at 10:51 AM