Chaos in London for Free Petrol

LONDON (AFP) - Drivers hit by petrol price hikes lined up outside a gas station in London Friday to take advantage of 20,000 pounds worth of free fuel, causing traffic chaos. 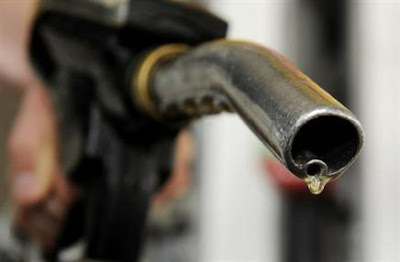 In a stunt to promote a new computer game, the forecourt of a petrol station was kitted out as a military bunker, complete with a jeep, oil barrels, sandbag walls and costumed actors on hand to pump free petrol for customers.

Electronic Arts has 20,000 pounds worth to give away, and spokesman David Slade said a few hours into the event: "We're going through it pretty quickly."

As he spoke, about 50 cars were waiting to fill up with an average of about 30 pounds worth of free petrol, he told AFP.

"There's been a bit of a traffic thing, but we've managed it and everyone's moving freely now," he said, adding: "I think everybody's quite happy."

The stunt was put on to promote the game "Mercenaries 2: World in Flames".

A litre of petrol cost an average about 113 pence at the pumps. -Reuters
Posted by ★Jasmine at 12:14 PM

wow~ everyone loves free of course...hehehe..