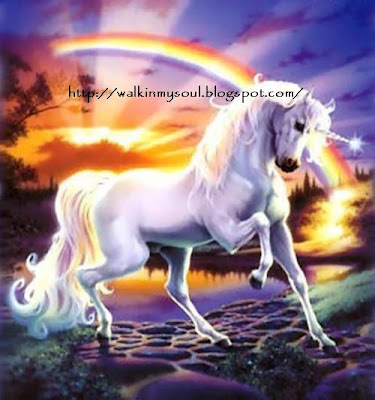 Ok, here are the facts,
They don't.
Has anyone ever found the skeleton to a Unicorn? I've never heard about it!

Unicorns are creatures of legends and myths meaning that unicorns do not exist. Its a myth. Open a fairy tale book, you will see plenty that exist in that book..

I see it as a creature of elegance and great mystery, one of the mystical fantasys that have enchanted people for many centuries and will for many more to come. Enjoy your journey of enchantment with the mystical unicorn. Its a Unicorn simply any creature with one horn. It is a symbol of a positive virtue really. Harmony, strength, purity, innocence, speed, freedom, beauty, grace, magic, wisdom. There are Unicorn legends all around the globe:

Africa, India, Russia, China and Japan, Europe, and pre-and-post colonial America.
There have been sightings and encounters with mermaids and fairies from all over the planet.

There's a story where there has only been one sighting of a unicorn and that was from a Roman visiting Africa. It's very likely he was trying to describe a rhino, oh yeahhh~


p/s: Anyhow, depends. Are you willing to believe in them? Mermaids, perhaps?
Posted by ★Jasmine at 9:13 AM