Arowana is a popular type of fresh water fish.
They can be found in South America, Africa, Australia and Asia, where the climate is tropical-based with temperatures ranging from 24°C to 30°C.

Arowana became a highly sought-after ornamental fish in Malaysia in the 1960s. It was perceived by many as a symbol of the legendary dragon and is believed to bring its owner much good luck and prosperity.
Arowana can grow up to 90cm in length and live more than 20 years.In Asia, Arowana can be found in Malaysia, Indonesia, Cambodia, Thailand and Vietnam. There are a few varieties under the Asian Arowana group, including the Green Arowana, Yellow Tail Arowana and the Red Arowana. Asian Arowana are paternal mouth-breeders.
The male fish is responsible for carrying the eggs in the mouth and can hold up to a maximum of 40 to 50 eggs.
In farms, these eggs are harvested by coercing the male fish to release the eggs from its mouth. The eggs are then transferred to a tank where they grow until the remains of the egg sac disappear.
When the young fish have reached about six inches, they are injected with an RFID chip for identification after which, the fish are ready to be sold to hobbyists and investors.
Arowana made great pets not just because of its growing investment value, but also because they were a great joy to watch after a hard day’s work. 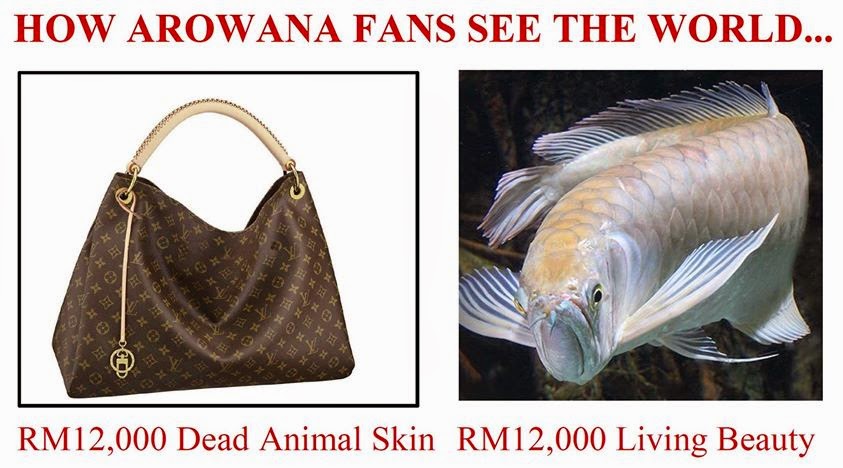 Our Arowana selling price from RM 1, 888. Local business base in Perak, Malaysia. More info, email me at i1u2bd1i1u2b@gmail.com